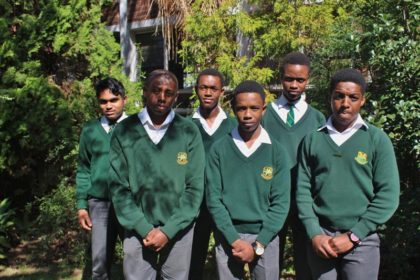 Our learners did us proud, especially Elvin Varghese who came third.  They learnt a lot and enjoyed playing very competitive chess.  The excursion exposed the players to a tournament situation in preparation for the upcoming winter games.

On Saturday, 3 May VHS had matches against Sarel Cilliers.  Although the day started on a chilly note, it warmed up literally and figuratively.  Our teams did well and we are proud of them.

Congratulations to the following learners for their achievements within their sport fields.  Ndumiso Nyawo and Andi Niebuhr are going through to the final KZN rugby trails while Nikita Hughes was selected for the u/14 Inland Netball Training Squad.