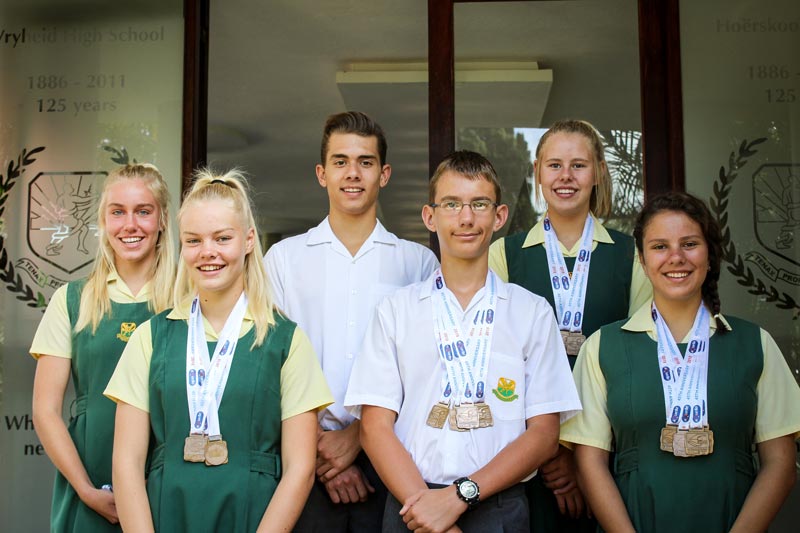 Saturday and Sunday, five learners competed in the yearly Midmar. We would like to congratulate the learners on competing in this momentous event especially Kirsten Hellberg who completed her first 8-mile. Catia Marques, Bianka Hellberg, Xander Richards and Lisa Steffensen.

Great fun on the track and golf course

On Wednesday, 7 February hosted the annual relay race. The atmosphere on and off the track was crackling with excitement with each school cheering on their team. Even though the rain started falling it did not dampen the excitement of the last two events. The results are as follows: Piet Retief High School, Pionier Hoërskool, Ferrum High School, Vryheid High School, Vryheid Landbou School, Dundee High School, Inkamana High School and Sarel Cilliers. Thank you to all the organisers and participating schools for helping making this event a huge success.

Thank you to Cameron Boock for presenting a Hockey Umpiring Workshop on Friday.

Saturday some of our athletes travelled to Piet Retief to compete against Pionier, Piet Retief, Landbou, Ferrum, Volksrust and Pongola. Results of this event will be posted once it is released but two highlights were Marion Filter (gold for shotput) and Manelisi Sibisi (gold in 100m and 200m). On this note, a correction is due. Last week it was incorrectly stated that Aaron Filter was 1st in shotput. It, however, was Marion Filter. Apologies for any distress caused by this error. 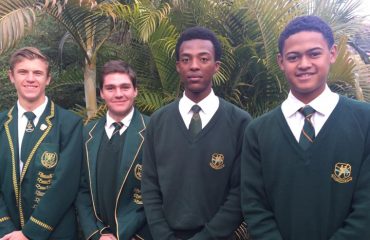 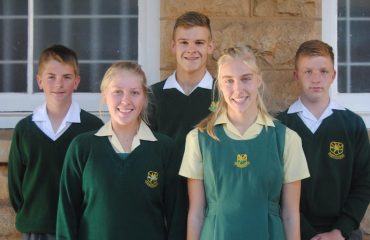 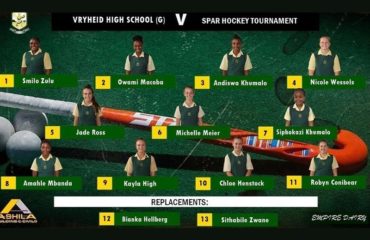