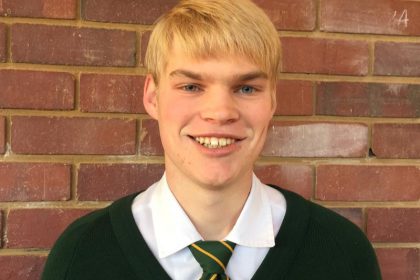 Karl Hellberg, a grade 12 learner, participated in the National Mathematical Olympiad and has gone through to the third and final round.  A 100 seniors from all over South Africa participated and Karl is 1 of 6 seniors in KZN who reached the third round.  He will be writing the final round’s Olympiad on 27 July.  Karl maintains a 100% average for Maths at school so we are confident he will do very well in the final round.

He is the 4th learner from VHS to obtain this prestigious achievement.  Most learners maintain that Maths and Science are their most difficult subjects, but Karl thinks English Home Language is his most difficult subject even though he maintains a 92% average for this subject!  Well done Karl – we are very proud of you.

We wish all the learners and educators a blessed holiday and a safe return to school next term.  May we all come back with renewed enthusiasm for the second half of this year.  Remember the past is but the beginning of a new beginning.