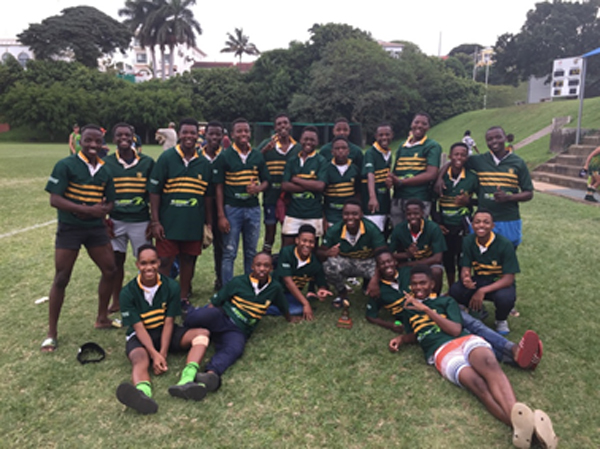 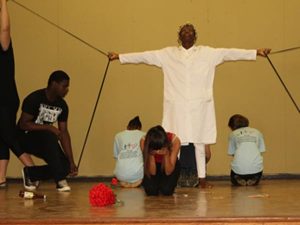 The ACTS group (Association for Christian Teachers and Students) put on an uplifting Easter performance for VHS, NRS and Vryheid Public learners and staff on the last day of school last term. Khulani Nyawo preached the Easter gospel between the acts.  The 31-strong gospel choir opened the Easter ceremony followed by thirty members of the dance group dancing to two worship songs.  The ten members of the drama team put on a moving skit depicting a young woman trapped in the world through her sin (symbolized by black ribbons) and Jesus removing them from her and taking the sin upon himself as He was crucified.  The performance was concluded by all ACTS members singing and dancing to the song ”Celebrate”.   VHS would like to thank VRYHEID MEATMASTERS for their generous donation toward the ACTS t-shirts.

Jarred Foster was also selected in the dream team.

VHS’ 1st hockey girls had an enriching and exciting learning opportunity at Cap Discovery just outside Pretoria during the Easter holidays from 6 – 9 April.  With the help of professional coaching, Shawn Hulley, Peter Ross and Sheldon Rostrom, we returned with enthusiasm, new skills and a stronger love for the game.  We would like to thank the Vryheid community for all your support during our burger sales making this tour possible for us. A big thank you to our bus driver, Mr Gerhard van den Berg together with our parents and Miss Boshoff for your input in our lives.  Tante Renate, thank you for being our coach and mentor and always reminding us to believe in ourselves.

Kim Boustred (daughter of Mrs Di Jonsson, ex-teacher until 2015), who matriculated in 1988, participated as a diving judge at the Gold Coast 2018 Common Wealth Games. Currently she coaches the Development Team at King’s Park, Durban as well as at St Mary’s where she has certified as a FINA certified judge. Last year she went to Brisbane to update her qualifications. In the last two weeks, while judging the platform diving events for ladies and men, she was so privileged to meet Charles, the Prince of Wales. You make us proud, Kim, well done!

We would also like to inform parents that admission forms for next year, 2019, are available from the front office.  The closing date for forms, with all relevant documentation, submission is 15 June 2018.  We look forward to receiving your forms. 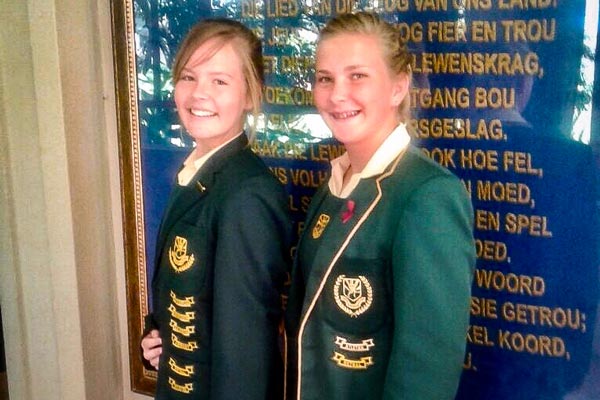 The learners of VHS have once again shown their ability to not only participate, but also achieve respectable results on multiple platforms in the past week.

The arrangements for the VHS Nashua Maluti Rugby Week are in full swing and the rugby lovers of Vryheid can prepare themselves for a rugby spectacular of note. Ons vier ons 30ste rugbyweek vanaf 31 Maart tot 4 April met wedstryde op 1,3 en 4 April.

Entry fee will be R10 per person and R50 per vehicle.

Our senior boys and girls hockey teams also travelled to Eshowe this weekend to take part in the Eshowe Sport Day. The teams played 9 matches each and did very well. Special congratulations to the first team girls who made it all the way to the finals against Empangeni High School but, unfortunately, lost on a penalty shootout.

We look forward to welcoming the members of the community to the rugby week at the end of term.