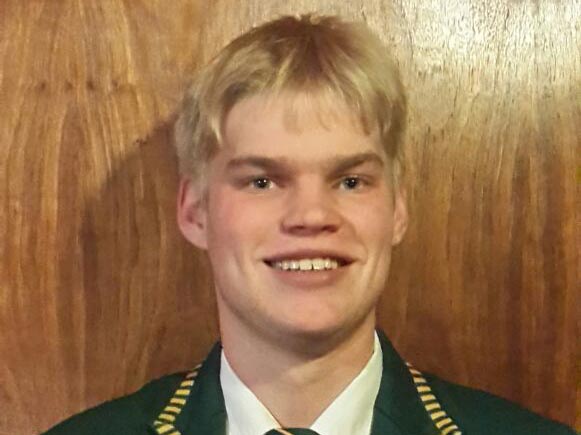 EXCELLENCE IN ACADEMICS AND SPORT!

EXCELLENCE IN ACADEMICS AND SPORT! A grade 12E learner Karl Hellberg, who maintains an average of 90% and above, achieved 6th place in South Africa in the National Physics Olympiad.  We are very impressed!  Well done Karl!

VHS tennis teams competed against St. Dominics on 2 September 2016 and won 11 : 1.  It’s obvious from these results which teams were the better players.  Well done VHS! 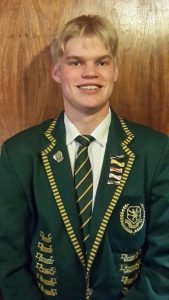 On 30 August 2016 VHS played soccer against Inkamana High School.  Both our first and second boys’ teams played and the results were as follows:

The first boys’ cricket team played against Pionier on Wednesday, 31 August and won with 17 runs.  The top scorer was Mark Dedekind.  Ivan Niebuhr and Sbonga Thabede each took 4 wickets.  This team is unbeaten in the Northern Natal league thus far.  Well done boys.

Two of our matriculant science boffins Tobias Niebuhr and Karl Hellberg who both maintain a 90% plus average recently participated in the SAASTA Science Olympiad.  Approximately a 100 learners from all over South Africa were invited to participate in the next round of this olympiad.  We are very proud of these two learners and eagerly await the results of the second round.

Benedict Momina in Grade 11 was selected to play rugby for the Coke-Cola u/18 Academy Week at Kearsney College representing the Sharks Country District team.  Well done Benedict!  VHS is very proud of you!

Congratulations to Mrs B J/v Rensburg who recently become a grandmother and to Mr R Scholtz who became a first-time father.  We wish you the best and trust that these new additions to your families will bring you great joy.

On Friday, 29 July 2016, our annual matric farewell will be held.  We trust the matriculants will enjoy the splendour of this great occasion, but also keep in mind proper behaviour and moderation.  May you enjoy the evening.  To those who are busy with the preparations, we wish you well.

Karl Hellberg, a grade 12 learner, participated in the National Mathematical Olympiad and has gone through to the third and final round.  A 100 seniors from all over South Africa participated and Karl is 1 of 6 seniors in KZN who reached the third round.  He will be writing the final round’s Olympiad on 27 July.  Karl maintains a 100% average for Maths at school so we are confident he will do very well in the final round.

He is the 4th learner from VHS to obtain this prestigious achievement.  Most learners maintain that Maths and Science are their most difficult subjects, but Karl thinks English Home Language is his most difficult subject even though he maintains a 92% average for this subject!  Well done Karl – we are very proud of you.

We wish all the learners and educators a blessed holiday and a safe return to school next term.  May we all come back with renewed enthusiasm for the second half of this year.  Remember the past is but the beginning of a new beginning.