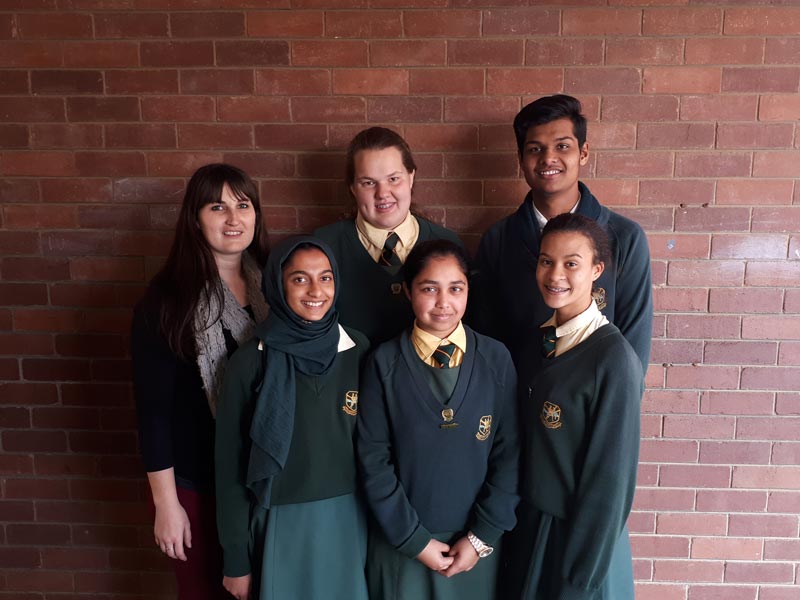 It is Spring and a time for renewal – as we say farewell to our old committee members and welcome new faces and new ideas in our committees.

In the weeks that have passed we had said farewell to our 2016/2017 senior leaders and have welcomed our new leaders. The Interact committee has also appointed a new leadership in their committee. The new committee is as follows:

Congratulations to the newly elected executive committee.  We know that you will continue the positive work of your predecessors in our community.

Below is also the list of our newly elected senior leaders for the 2017/2018 term. We wish these individuals well, as they form a large part of our school’s everyday functioning and have embraced a heavy burden of responsibility.

The ACTS (Association for Christian Teachers and Students) group hosted another successful movie night on 30 August. The movie was ‘God is Not Dead 2’, a follow-up of the first movie, screened earlier this year. Attendance was free and voluntary. The lecture room was transformed into a mini movie theatre for learners who arrived with their own delectable snacks and drinks. Our thanks to Kwazi and Siya from Freedom Life Church for their support, as well as Mr. Ngcobo.

On 17 August 2017, we hosted our annual Talent Showcase. Learners of all grades displayed their various talents on stage to the delight of their friends and family in the audience. From singing and dancing to playing the piano and beatboxing, the learners of VHS truly shone throughout the successful evening. Thank you and congratulations to all the participants, the hosts for the evening (Melissa, Thabang and Sinead) and the organisers, Mrs. E. Le Roux, Mr. C van Rhyn and Ms. F. Rawat.

Amidst all the changes in leadership and seasons we still managed to squeeze in a few sport matches as well, with the following results: